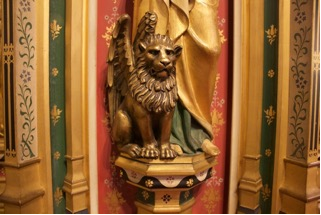 The Church of England is part of the One, Holy, Catholic and Apostolic Church. It worships the one true God, who is Father, Son and Holy Spirit.

It professes the faith that is uniquely revealed in the Bible and set forth in the Catholic Creeds (the statements of faith developed in the Early Church that are still used in the Church’s worship today). The Church is called to proclaim that faith afresh in each generation. Led by the Holy Spirit, the Church of England bore witness to Christian truth in historic texts that were developed in the sixteenth and seventeenth centuries: the Thirty-nine Articles of Religion, the Book of Common Prayer and the Ordinal (services for ordaining bishops, priests and deacons).

The bishops, priests and deacons of the Church of England and also some laypeople (Readers and certain lay officers) are required to declare their loyalty to this inheritance of faith as their ‘inspiration and guidance under God in bringing the grace and truth of Christ to this generation and making Him known to those in [their] care’. They do so by making a Declaration of Assent. The version for bishops, priests and deacons reads:

“I, [name], do so affirm, and accordingly declare my belief in the faith which is revealed in the Holy Scriptures and set forth in the catholic creeds and to which the historic formularies of the Church of England bear witness; and in public prayer and administration of the sacraments, I will use only the forms of service which are authorized or allowed by Canon.”